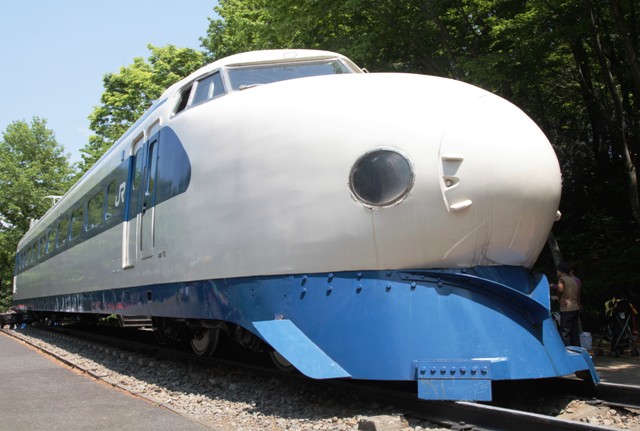 
Ome is a small city located in the western part of Tokyo Metropolis. You can enjoy looking at splendid greenery, clear streams and a beautiful mountain range there. Ome is famous for its plum blossoms, after which the city is named. In the early spring, the plum trees show off their beautiful flowers here and there around the city. But, recently, one more beautiful blossom has been added as the "second city flower". It is the azalea.

At the end of April, Ome is covered with beautiful azalea blossoms. A garden at Shiofune-kannon temple is especially gorgeous (see the following photo). You can see thousands of azalea blossoms on the slope behind the temple. They are dark pink, pale purple and white colored. You should not miss this special week.

In the meantime, Ome is also famous among rail fans for its railway park. Ome Railway Park was opened in 1962 by ex-Japanese National Railways in commemoration of the 90th anniversary of railway operations in Japan. Currently, 11 retired rolling stocks, such as old locomotives and EMUs are exhibited.

One of the most popular exhibitions is EMU, unit number 22-75, of the Shinkansen 0 series (see the top photo). It was manufactured in 1969 by Kisha Seizo to enhance the transportation capacity of the Tokaido Shinkansen. It was just before Osaka EXPO and the era of Japan's high-speed economic growth.

A gorgeous azalea garden and a preserved Shinkansen train... there are many interesting sights in the city of Ome. 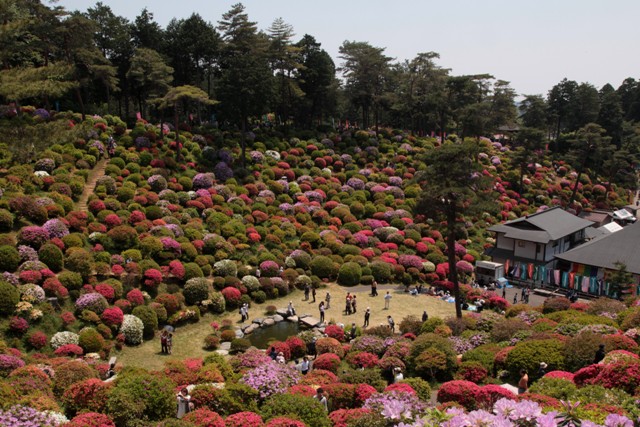