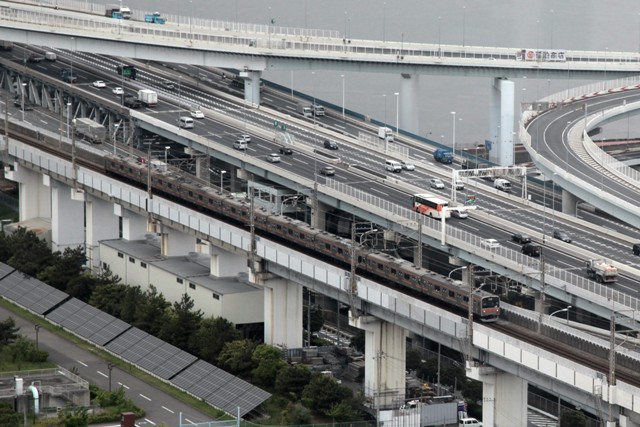 
As I have mentioned before, the JR East Keiyo Line is one of the Tokyo's main transportation arteries. It has been constructed on reclaimed land in the Tokyo Bay area. Connecting Tokyo and Soga, the total operating length is 43km. The route was opened in 1990 as an underground or elevated, electrified and double track.

The Keiyo Line penetrates the new business centers such as Kaihin-Makuhari in the eastern part of the Tokyo metropolitan area. There are many amusement spots on the line. Tokyo Disneyland is perhaps the most reputable, but Kasai Rinkai Park is also a high spot.

Kasai Rinkai Park is a vast coastal area. The nearest station is Kasai-rinkai-koen. It takes 13 minutes from Tokyo Station. The Japan's largest Ferris wheel is a famous amusement in the park. It has a diameter of 111 meters, and stands 117 meters high (see the following photo). Riding the Ferris wheel, you can enjoy a spectacular view of Tokyo including Rainbow Bridge, Tokyo Sky Tree, Tokyo Gate Bridge and so on.

Don't forget one more... the elevated track of the Keiyo Line. You can see many trains there. Look at the top photo. It is the EMU JR East 205-5000 series, which is directly operated into the Musashino Line. This train makes a circular trip in the suburbs of Tokyo, and reaches Fuchu-honmachi in the western side of Tokyo. A long journey is just beginning for this train.

In the meantime, I have linked to an informative website, "Train of the Week". Please enjoy beautiful pictures and information about world trains. 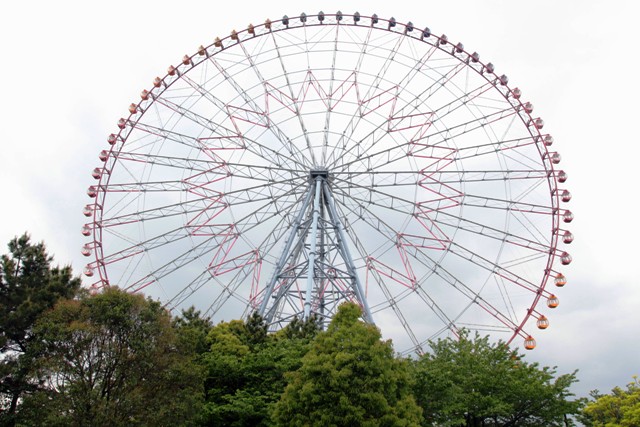