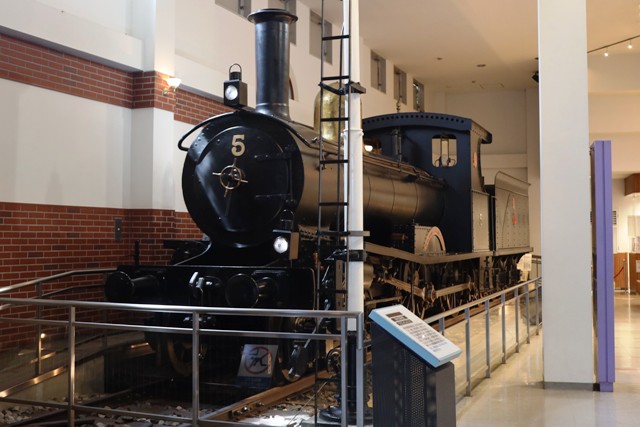 After observing a preserved limited express train, the EMU 1720 series, I moved to the indoor exhibition hall in Tobu Museum. One of the interesting exhibitions in the hall was a historical steam locomotive (SL), Unit 5 of Class B1.

Class B1 was Tobu's first SL. It was launched in 1899, when the Tobu line was opened. 6 units in total were imported from Beyer, Peacock and Company Limited, UK, in 1898 and 1907. Class B1 is a 4-4-0 (Whyte notation) type SL that has a tender attached. It's 14.217 meters long, 2.305 meters wide, and 3.658 meters high. It weighs 31.4 tons except for the tender. The driving wheel diameter is 1,372 millimeters. Technical specifications of Class B1 are almost the same as those of the ex-Japanese National Railways' Class 5500, but the boiler pressure of Class B1 was decreased from 11.3 to 10.5 kilograms per square centimeter.

After operating for over 60 years, Class B1 was retired from the track in 1963. Two units, namely Unit 5 and 6, are currently exhibited in Tobu Museum. Unit 5 is restored to its original form, and exhibited in the indoor hall; meanwhile, Unit 6 is preserved as its appearance when it was retired, and exhibited outside the hall. The slim body with a gold-colored steam dome made of brass is very beautiful. The red-colored and bow-shaped name plate on the splasher of the first driving wheel attracts the visitor's attention. I fully enjoyed this precious SL in Tobu Museum. 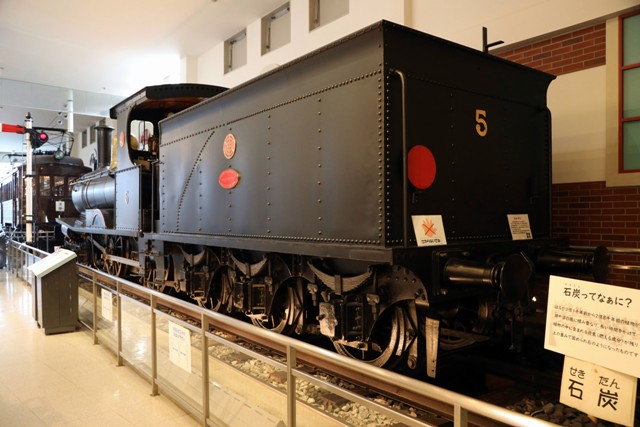